What Is An NFT? (An Introduction With Examples) 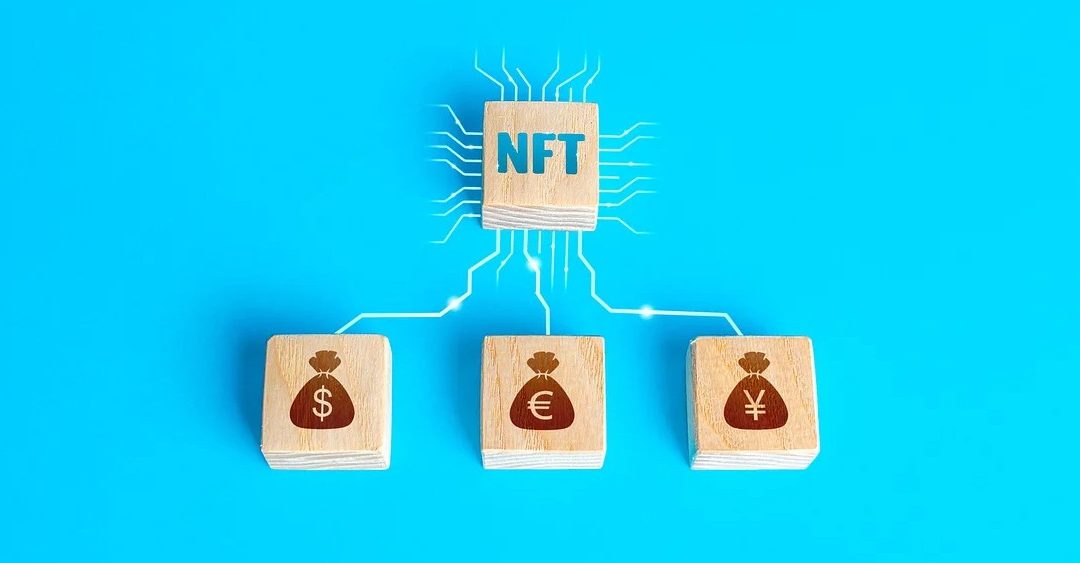 Telling you that NFT stands for non-fungible token probably doesn’t say much if you’re asking this question. Instead, let’s begin by providing the context for it.

An NFT exists on the blockchain (a digital ledger or record-keeping system), so it’s an entirely digital record of having bought an asset. That asset can be digital or physical.

Simply put, the primary function of an NFT is to certify the digital asset it represents as unique and not interchangeable. It’s like holding the copyright to something, but the main difference is that holding an NFT certifies proof of ownership but not necessarily proof of creation.

NFT in art, as an example

An artist may create a piece and traditionally would hold the copyright to it. That artist could choose to sell the art as an NFT, and whoever bought the NFT would have a digitally certifiable proof of ownership. In this example the artist could still make copies of the original version of the art.

In that format, you could think of an NFT as a certificate of authenticity. It’s essentially proof that one owns the authentic piece of art by that artist.

How much that NFT is worth initially and in time is, as is true for physical media, largely down to the perception of its value and what someone else is willing to pay for it.

Thus far the main way NFT has been used in this space is to represent game assets controlled by the game’s developer. Those game assets might be pieces of digital land in the game, skins, loot, etc.

NFTs allow owners to trade those assets from that point on any third party marketplace, even without permission from the game developer.

Back in May of this year Bloomberg talked about a game called “Big Time” and how certain enemies would drop loot. Sometimes that loot would be traditional game loot, and other times it would be NFTs that characters could collect.

It’s an expansion on what already happens where a player may grind to collect some awesome items. But in this case those collected items could be traded or even sold for cash (or cryptocurrency).

It also feels inevitable that the microtransactions game developers currently make money on become available via NFT as well.

Interestingly, some musicians have started publishing albums as NFTs. They’ve reported that this has been a useful way to generate revenue throughout the pandemic where traditional methods like concert touring and selling merchandise were significantly stalled.

Buyers enjoyed a new level of convenience because they weren’t standing in line waiting for their turn on a limited supply of something, and there weren’t any middlemen involved in the sale. NFT transactions (like any blockchain transaction) are directly between two parties.

Perhaps just as notably, music NFTs can be physical as well as digital. Musicians have sold albums, sound bites, traditional merch (like shirts and hats), and even concert tickets via NFT.

Other tangible products sold via NFT

One of the most notable examples of a foray into this space came back in 2019 when Nike acquired the patent to attach NFTs to physical products. That meant they could sell their sneakers via NFT, prompting them to create a new model called “CryptoKicks”.

In that case he made it work by tying a digital rendering of the property to NFT, and worked it so that the actual house was included in the sale of that NFT.

This method of including an add-on with the purchase seems to open up a lot of opportunities for ways to use NFT.

Another example of that by extension is the band Kings of Leon selling NFTs for their latest album (at the time of writing). Some of those NFTs included the bonus of front row tickets to their concerts for life. If you’re a fan of theirs, that’s one hell of a bonus.

Potential risks we need to find ways to overcome

While in many ways the concept of decentralization is appealing, the most direct benefit of traditional transactions is that a buyer has recourse for if the deal falls through or the seller doesn’t honor the agreement in some way.

For instance, it makes sense how to get law enforcement involved when someone steals from you, or how to involve lawyers when someone violates a contract.

But if a transaction occurs on the blockchain, such as the sale of that house in California, there’s not necessarily a traditional contract involved.

For the buyer, that means they’re relying entirely on the goodwill of the seller to make good on their end of the deal. What if they don’t?

The answer as it stands now is… it’s unclear.

It’s a gamble in the example of Kings of Leon promising front row concert seats for life, as well.

For smaller purchases like that, the NFT system can self-regulate to a degree. After all, if the band doesn’t honor that promise people will hear about it and articles will be written about it. It’s a reputation hit that could mar them irreversibly.

But in the real estate example? A buyer being out $800k if that real estate agent doesn’t actually hand over the house is a very different situation.

This is all still a burgeoning technology and how exactly it will play into our lives going forward is still developing each week. Hopefully the answers to some of these questions become clearer as the community around it becomes far more massive, coming to include the general public at large.