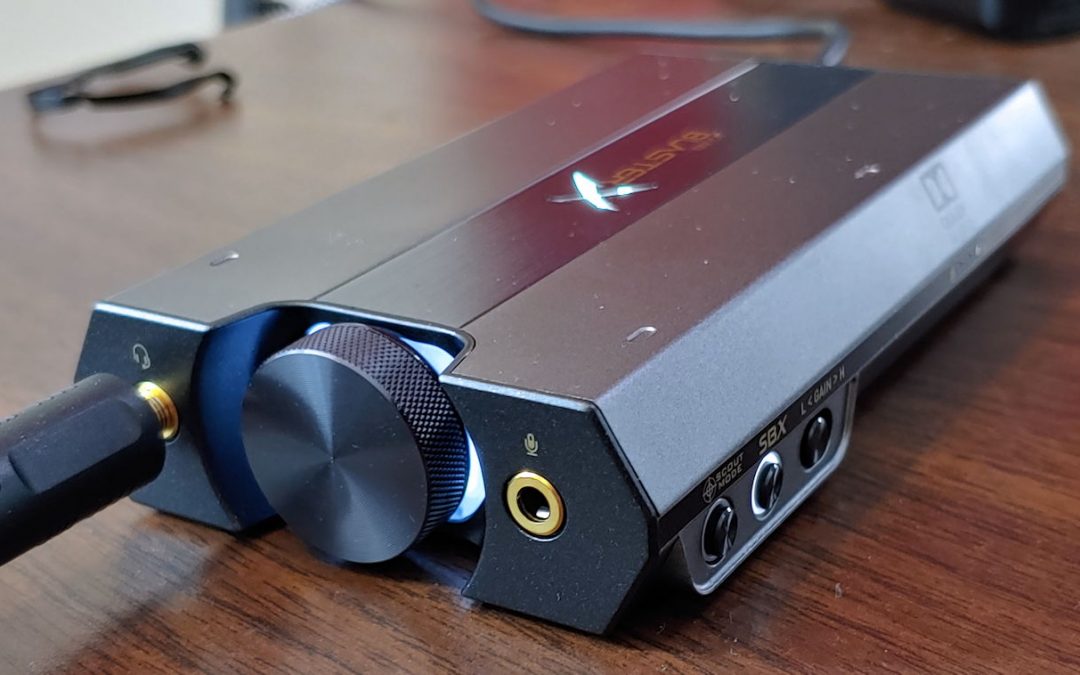 While it’s a pleasant surprise that sound cards like the Sound BlasterX G6 work via USB with an iPad with no software, and it sounds good, you are of course missing out on all the extra goodies the software provides.

Using the G6 on an iPad gives you a high end DAC and a solid headphone amp that can come with you in your travels, fitting easily into your bag.

But the Sound Blaster Command software that is pretty well fleshed out for PC is woefully not for an iPad. Yes, the app is available in the app store, but it seems outdated to the point that it’s useless.

The app only supports USB audio as far as the G3, which is several products ago. Other than the G3, Sound Blaster Command seems to want to connect a bluetooth device. If you have something like the Sound BlasterX G6 connected via USB, launching this app will actually stop the sound card from functioning. (Probably because it’s switching to bluetooth-only searching.)

Damn it’s disappointing to own the latest USB flagship sound card and see that the manufacturer hasn’t updated iOS/iPadOS software to even acknowledge it. Is there any good reason since the features the app allows for the G3 are pretty much the same idea?

As someone who has recently switched from a Surface Pro 7 tablet PC to an iPad Pro as an everyday device, I guess I’m glad I can use the G6 as a DAC/headphone amp without the app. But not having an EQ or any of the sound profiles the software would’ve provided — things I had when using the sound card in Windows — is a bummer.

And so, as it currently stands…

Can you use a Sound BlasterX G6 on an iPad?

Yes, in a basic way. But with none of the extra niceties that Sound Blaster normally provides. As a DAC ad headphone amp it does the job well, but you won’t have any controls over anything other than volume.

In any meaningful way for most people? No.

Given that modern iPads don’t have a 3.5mm jack anymore, it seems like a real missed opportunity for Sound Blaster to not position themselves as a viable USB DAC choice for enthusiasts. It’s just a software update for gear they’ve already made…