Recommended Fallout 4 Mods For A New Play Through 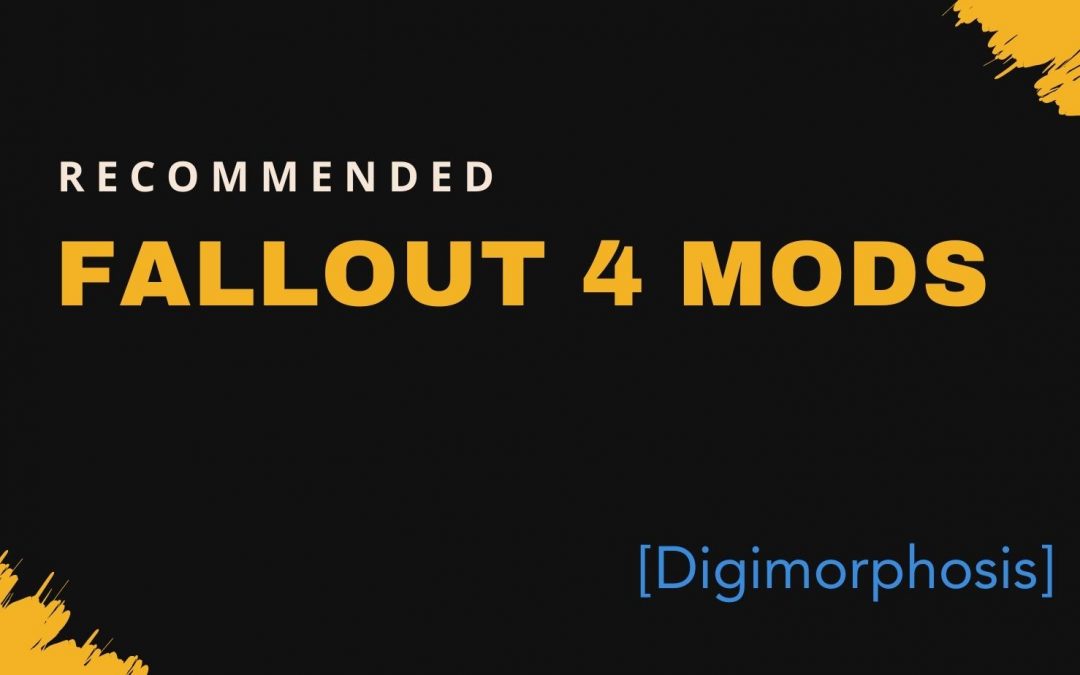 I’m working on build a fairly comprehensive list of Fallout 4 mods I’ve used, ones I would recommend based on how they improved the game. Especially if they are mods I find myself using every time.

Here’s a quick overview for this post so you can quickly hop around to what interests you most:

I’ve been pleasantly surprised how much new sound effects and music change the feel of the game. In some cases I’ve used mods that simply add music without replacing it, but music replacement mods can totally change the vibe of the game in a refreshing way.

Want the game to feel more sullen, creepy, or desolate? New sound tracks can do that in a powerful way. Same with sound effects, making the same old weapons feel like something new and interesting.

Straightforward. New weapons or gear that I always use.

There are a ton of these. To avoid being overwhelming, I’m listing only the companion mods I personally continue to use or feel really stand out as worthwhile against the rest.

I don’t include any basic follower mods that aren’t voiced. No offense to those mod authors, but to really stand out for this kind of list, they need to shine in some way.

Some companion mods I enjoyed some aspects of and are worth an honorable mention, but there are reasons they’re not included in the main list. Reasons like bugs or incompatibility with AFT or other major mods I used (or requiring MCM). They may be interesting to you, but they are not ones I use ongoingly for those reasons.

Those honorable mentions include Random Panser and Wastelander Barb (looking for an updated link).

These are recommended Fallout 4 mods that add quests, new areas, or make meaningful alterations to the environment.

The mod descriptions on each of these addresses the load time increases and recommends SSD. I wanted to note that, while I am sure that indeed helps, I have a Core i7 and a Samsung EVO SSD and the game still takes 1-3 minutes of black screen to boot up. After booting everything runs fine, but this is a minor inconvenience added by these mods that disappears when I play without them.

Just wanted to put that out there.