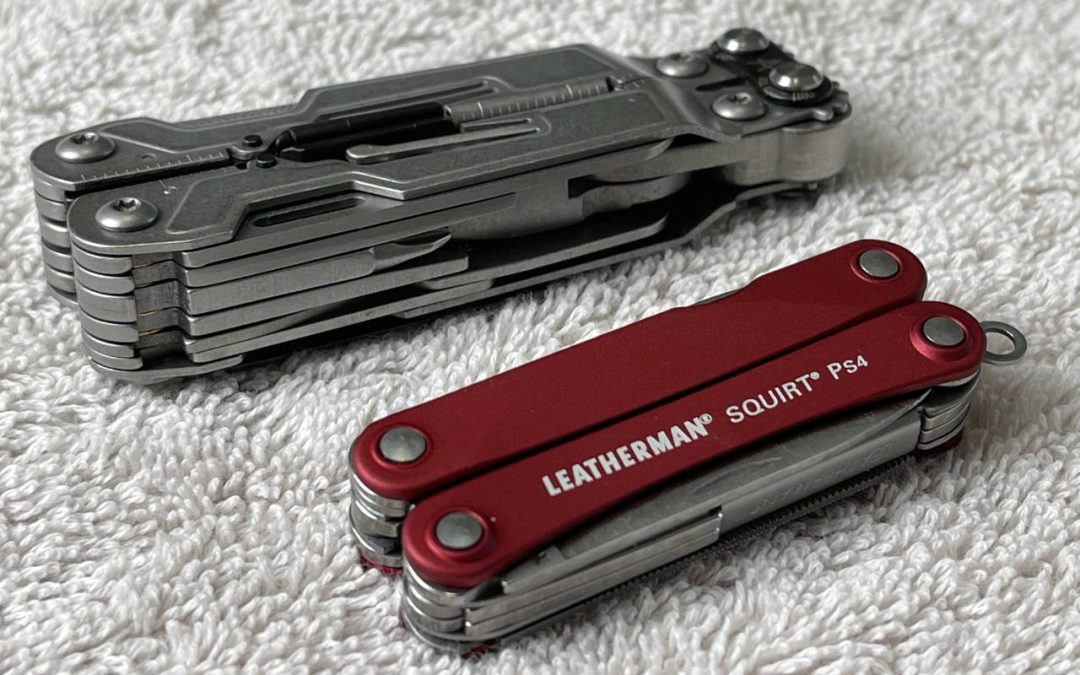 When you open up something new — whether it’s a tool or a toy — that initial wow or eh carries into the rest of the usage.

Sometimes it’s not quite what you expected, and the other positives you come to experience after are punctuated by failed expectations.

But other times, it’s the smoothest opening multitool you’ve ever opened right out of the box. The SOG PowerPint, that is.

I’d heard some mixed things about the SOG PowerPint a ways back, with as many people praising its ideal size as those commenting about less-than-ideal build quality.

However, as often as people praise the workmanship of brands like Leatherman, my first Leatherman was incredibly stiff out of the box, and I felt like I was going to break my fingernails each time I deployed any of the fold out tools.

People say you need to break a multitool in and they all get smoother, but with the price point of most Leathermans I feel justified in making a general statement that a stiff, hard to open feel comes off as poor fit and finish.

The Leatherman Squirt was smoother than my previous experience and workable enough, but certainly not buttery smooth like the PowerPint, for what that’s worth.

One look at the Squirt PS4 and you’re probably thinking it’s the perfect size to disappear into a pocket unnoticed. And you’d be right. The trouble I had even from the first day carrying it is, while it’s great in the pocket, it seems too small to be very useful once it comes out of the pocket.

The knife is small but functional for light tasks, but I’d say the knife is the most usable tool in it.

The pliers are too small to fit around most nuts, tubes, or other items you’d use pliers to secure. Same for the scissors and the Philips head screwdriver. I felt like I was going to strip the screwdriver because it didn’t fit properly in any screws I needed it for.

The PowerPint seems to inhabit a better balance of portability and usability. It has a pocket clip so you can still wear it comfortably in a pocket without a holster (like larger multitools). Yet the pliers are just big enough to be useful for light duty tasks, as are the other tools.

Where the Squirt PS4’s screwdriver was wholly inadequate, the PowerPint was still small but managed to bite into screw heads and perform acceptably for simple tasks. Some of that was likely due to the 2D screwdriver bit of the PS4.

Neither of these multitools make sense for heavy duty professional functions where a person would likely carry a Leatherman Wave or something similar.

But with the PowerPint, the ability to have pliers and a few other tools — even a pocket knife — with you as an afterthought in the pocket is a real win.

It’s always interesting when you’re auditioning two similar products at the same time. After an initial period where I deliberately carry each one to try it regardless of my initial feelings, I reach a point where I settle into a natural EDC flow.

Often that means the more practical of the two emerges obviously as the go-to one that gets chosen day after day, and the other one collects dust on a kitchen counter.

I love the concept and the idea of the Squirt PS4, but for the reasons I mentioned above just didn’t find it practical most of the time. It didn’t justify the minimal pocket space it occupied, particularly not when the more ideally sized PowerPint was also within reach.

Full disclosure: I don’t carry either multitool every day.

The Squirt PS4 is well built and feels sturdy for how tiny it is, which is a hats off moment to Leatherman. I’m just not sure where the PS4 fits in as a useful tool, unfortunately. Even for a casual user like me.

People share mixed feelings about the SOG PowerPint, but in my humble opinion, I’d say well done to SOG for filling a much needed niche in the multitool space.

Pick up a Leatherman Squirt on Amazon here. If this review was helpful, please consider using this affiliate link to help support the site. You won’t pay any extra.