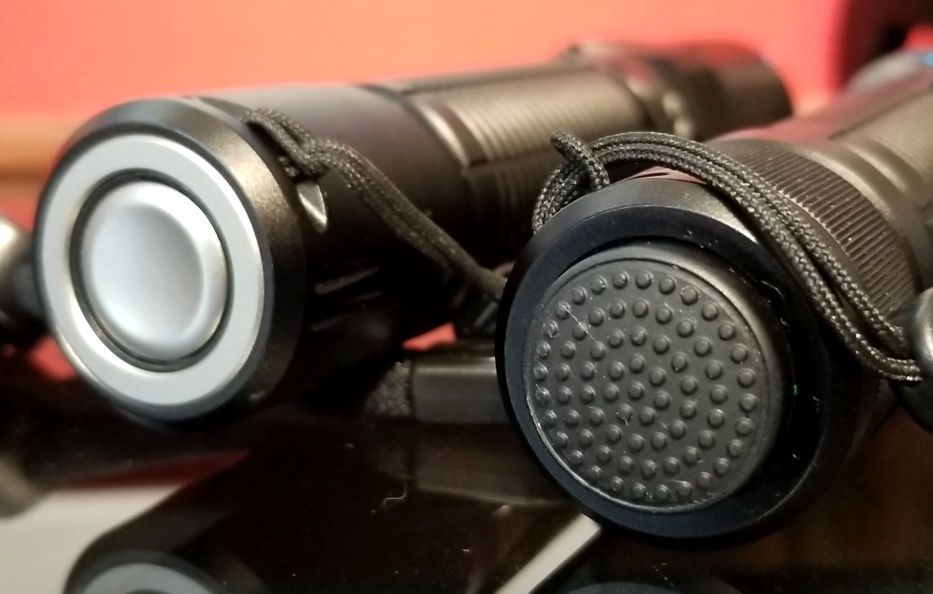 One of the newer additions to the Olight family: the M2T tactical light. With a pocket-friendly size and 1200 lumen max output, this versatile little light offers a relatively affordable solution for law enforcement and enthusiasts.

This flashlight is very similar to Olight’s M2R Warrior in terms of features and design. They are almost identical looking, except for the tail button. On the more expensive M2R you’ll see a metallic tail switch that allows for the included magnetic charger, whereas with this M2T you have a rubber switch that kicks right into Turbo mode or strobe.

The main difference between these two models is that this M2T does not feature a way to recharge the battery by plugging the flashlight in directly, and it’s light output is slightly lower.

The M2T offers 5-6 brightness modes, strobe, and the ability to use 2 different battery configurations.

This light comes with 2x CR123A batteries in a sheath that holds them together and prevents rattle. That sheath slides into the flashlight, effectively making the 2 CR123s the same size as a single 18650 li-ion rechargeable battery. This versatility is nice, but it’s worth noting that CR123 batteries can be expensive to buy regularly and they don’t last as long as a fully charged 18650.

The beginning part of my auditioning this flashlight involved the included CR123 batteries. After that, though, I used one of the spare 18650 batteries I had laying around the house so I could see the brightness difference in Turbo and High modes.

This is a bright flashlight for its size, which is what struck me when I’d used the similar M2R. While it may not have the incredible run times on the higher modes that larger lights like the R50 have, it packs a lot of lumens in a pocket-friendly format.

The higher modes are definitely brighter using a rechargeable 18650 battery than the included CR123s, but the light still does a decent job lighting up the yard in either configuration. Popping right into Turbo mode at night on a freshly charged battery is pretty impressive, though.

Since I’ve been comparing this light to the similar M2R, it’s worth noting that although this light’s Turbo is 300 lumens lower (1200 vs 1500) it’s not a big difference in use. When I alternated between lights, the M2R hit the very back of the yard a little harder, but both of them had a nice volume of light that illuminated most of my yard.

As you’d expect with all these brightness modes, the M2T balancing battery-saving low light options with high output for almost any occasion. I personally found that the higher of the 2 medium modes (on 18650) was a nice balance for walking around outside at night. For indoors usage in smaller spaces, regular Medium mode suffices. You could probably get by on the Low mode for general indoor usage, but then, you probably didn’t buy a tactical flashlight to stick with low output by default.

This flashlight isn’t a spectacular thrower, but it certainly covers a moderate distance well on its higher modes. 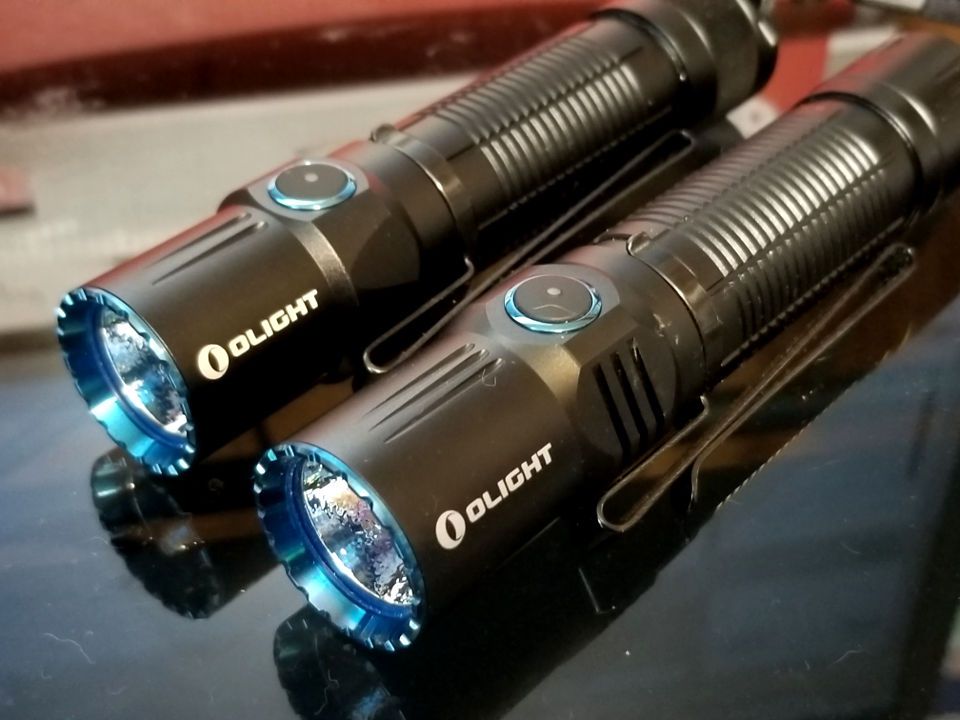 It’s funny what features we never expected to consider important, but then when we get used to them we miss when they’re gone.

In my case, being able to attach the magnetic charger to the M2R without having to remove the 18650 battery is handy. At first I thought it was a simple novelty, but when using the M2T I did find myself thinking of that when I had to charge it.

Your mileage may vary there, and it may or not be important. But it’s worth noting that if you don’t have an 18650 charger (or a smart multi-battery charger) you won’t be able to just buy an 18650 battery and use it effectively, whereas buying a flashlight with an included charger saves you from that expense.

Also, as an aside regarding the tail switch: some users reported the metallic tail of the M2R shorting if it got submerged or touched something else metallic that went across the entire tail. I didn’t encounter this myself, but if that’s a concern for you, the rubberized tail of this M2T may also be a better fit.

In my opinion all the tactical flashlights Olight has put out in the last year or so really show a lot of refinement in build quality. That’s not to say that their lights were poorly built years ago, but I do remember my first T25 tactical light having a battery rattle, and its design was very cylindrical and tended to roll when set on a table.

Contrast that with the newer lights with defined hexagon-shaped flat spots near the bezel (and of course the pocket clip), finned ridges in the middle for grip while using, and vertical knurling on the tail cap for easy twisting. Every aspect of the flashlight’s design is not only elegant looking, but well thought-out for the user. On every more recent Olight I’ve used, the batteries fit inside snugly without being difficult to remove, and don’t rattle at all.

This is a nitpick of mine, and I thumbs-up the consistent build quality.

Threading where you unscrew the cap is lubricated and smooth, and it turns to a snug fit. The anodized aluminum is nice, but is also a pretty standard feature these days with tactical lights. IPX-8 water resistance is a nice feature if you drop the light in a puddle or stream, or if you’re using it outdoors while it’s raining.

Olight’s UI for switching brightness mods is simple: press and hold the power button near the bezel and it cycles through the modes in ascending order. Double click the button to active Turbo mode, which stays on for 3 minutes and then dims into High mode. Triple click the button for strobe mode.