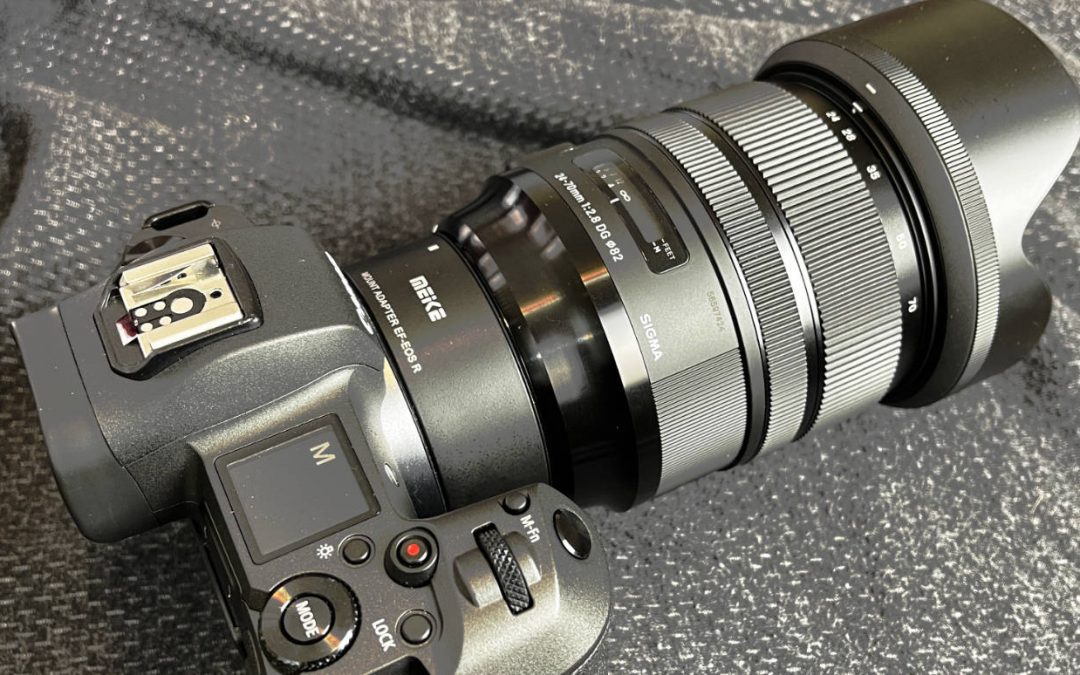 What a strange time to be a Canon photographer. Just this last May I made the plunge and bought a Canon EOS R, making my first serious foray into photography after years of hobby shooting with APS-C cameras and point-and-shoots.

I’ve had a love/hate relationship with the EOS R since then.

In a lot of ways it’s a great camera. It takes nice pictures and it feels great in the hand; they really nailed the ergonomics. In fact, the placement of grips and buttons, even the shutter button, are clear that Canon has been doing this for a long time and totally understands what makes for a good camera design. What simply works.

But Canon’s recent snafu with Viltrox — another example of Canon going after and shutting down a company trying to make RF lens alternatives — really drove home for me something that I couldn’t shake in the months of shooting with the EOS R.

The ability to adapt older EF lenses is great. But what started out feeling like a cool option to expand the lens collection ended up feeling like an obligation, since much of the RF lineup was far too expensive. But I was holding out for the eventual RF lenses from third parties where I finally wouldn’t need to add the extra inch of that pesky adapter, much like many Canon fans.

When Canon made the industry-shaking official announcement that there would be no third party RF glass, that the only lenses that would ever be available (for the foreseeable future) were their own overpriced lenses, a thing occurred to me.

“I can’t see investing any more money into this (RF) platform if this is how it’s going to be.”

I mean, this seems like it’s never been done. That I know of, there have always been third party options historically throughout the older EF mount’s long run on DSLRs.

Sure, it’s conceivable to save up and buy the RF lenses I’d need. But I did the math one afternoon and realized that even if I bought a Sony A7IV, I’d pretty much break even on the first lens I got for it with the affordable options available versus what I’d have to pay for RF glass.

Put another way, most of the RF lenses I was looking at cost as much as the A7IV, and I’d pretty much be buying an A7IV every time I wanted a new L series lens.

Alternatively, I could make the one time plunge into a new system and then be saving money with every lens going forward.

Sony of course, in a totally different direction, has been open with their E lens mount from its inception. They license their mount specs with third parties, meaning they still get a cut of the profits and their lens system is probably the most prolific in modern photography.

I’d already made up my mind that was the ultimate direction, and was fortunate enough to come upon an opportunity to get one far sooner than I’d expected.

Quite a few notable photographers have spoken out about this since the news broke, including Tony Northrup:

I liked his take on it, particularly because he mentioned being in the place I’m sure a lot of us are in.

It’s hard enough as a hobby photographer to get started with good gear, but even more pressure when you’re trying to go pro because the need for a variety of lenses is more urgent.

Tony says that the only reason he could feasibly get started as a pro many years ago was the ability to get the much cheaper, but still excellent, Tamron and Sigma lenses available. A step that, he continues, he is not sure that he could’ve made had his only option at that time been expensive Canon glass.

I feel the same as a person in that place right now.

Using an EF Sigma 24-70 Art lens produced excellent images for half the price of Canon’s 24-70, and it was one of the first lenses I nailed down for the Sony A7IV. In the Sony’s case, it was the Sigma 28-70 DG DN Contemporary f2.8.

The newer Contemporary lens is less than half the weight of the Art lens and still takes sharp photos.

Imagine this move in other types of tech.

You buy a laptop and the only mouse you’re allowed to use with it is one made by the laptop manufacturer, even if you have a favorite mouse by someone else that you simply like better.

Or you buy a car and you’re only allowed to use far more expensive tires made by your car manufacturer.

And worse yet, imagine in either of those examples that you saw that, had you bought a different brand of laptop or car, you’d still have the flexibility and freedom to explore. That it’s only because you made THIS choice that you cannot.

Canon: The Cameras vs. the Mount System

As I’d hinted at earlier, my condundrum is essentially a split between how I see the Canon camera I have versus the company, and/or the mount system itself.

As a camera, the EOS R is a lot of fun and fairly versatile. I have no regrets about buying it in that regard.

But with any camera purchase you’re also buying into a system. You are locked into that company’s lens selection, as well as the third party options available.

Since Canon seems to be jacking up the prices of their pro lenses right at the same time (many of them over $2200, some well over $3200) that they’re blocking any competition from making more affordable alternatives, it very much sends the message that Canon is all about profit at the expense of all else.

Even if it means being the only camera manufacturer playing this move. Even if it means their RF mount suffers from comparatively limited variety, and that many loyal Canon shooters may not be able to afford many of the options.

For me this was the ultimate irony.

I’d purchased the EOS R to get out of the dead system that was my Samsung NX30. Since Samsung was out of the game, I would never be able to get first party batteries, lenses, etc. new anymore. I moved to Canon thinking that was a sensible choice.

They’ve been around forever and they’re a stable company, I thought. But only 3-4 months into owning the EOS R, Canon makes a move that significantly limits the RF mount.

I wouldn’t say that the RF system is dead, although there are some YouTube videos arguing that, but it certainly makes the system seem like less of an answer to my Samsung conundrum than I’d hoped.

Comparatively, in the first month of having the Sony A7IV I was able to get a Samyang 45mm f1.8 and a Sigma 28-70 f2.8, and even at their full retail prices would’ve still been less than one L series Canon lens like the 24-70.

Keeping The EOS R… For Now.

The EOS R as a camera seems worth keeping for now, both because it’s a joy to shoot with and because it is symbolically how I “began” as a serious photographer.

I’ve sold some of my EF lenses to raise money to invest into my Sony A7IV’s further lenses, but I’ve kept the RF 50mm f1.8 for the EOS R so it at least has something to use when I pick it up.

We’ll see what happens in the coming months. Maybe Canon will change their mind about this stance on third party RF lenses. Or maybe EF/RF glass will drop in value and I’ll be glad I still have an RF camera to snag some lenses for.

But until one of those things happen, at the moment my financial focus will be building out my E-mount lenses and seeing where the A7IV takes me.