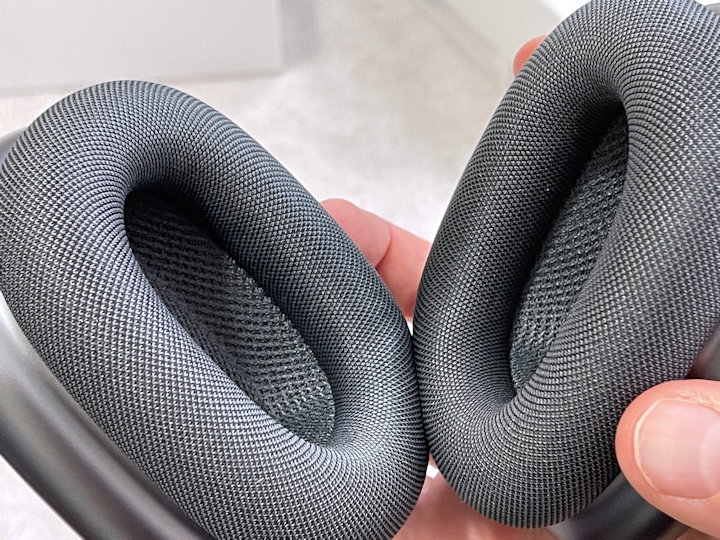 A lot of people are excited about Dolby Atmos tracks on Apple Music, particularly for the claims about it increasing the dynamic range of those tracks.

I was willing to try it myself, though a bit skeptical because personally I’ve not been impressed with most of Dolby’s audio processing schemes over the years. From Dolby settings on my A/V receivers to options in higher end sound cards on my computers over the years, my experience has pretty consistently been that Dolby processing crushes the bass and highs, making the music sound like a midrange cannon that’s muffled.

Each time, I’d disable it to compare and immediately the music sounded better and fuller.

(While I’d never claim I have the best system out there, I do have floorstanding speakers and a powered subwoofer in a home theater, and run a variety of ~$600 headphones out of amps for my listening — so it’s not like I’m using cheap stuff where you could claim I don’t have good enough gear to take advantage of Dolby’s effects.)

However, I’m always up for a dynamic range boost, as well as perhaps an improvement to sound stage with the same headphones. In the name of saying I tried it, I figured I’d dive into Apple Music’s Atmos tracks.

In case anyone is curious as they read, here’s a quick overview of typical gear I use:

Luckily this time trying Dolby, the music sounded crisp (and not washed out) on the first tracks I listened to.

As an expected effect of increased dynamic range, the overall sense of volume from the music was lower than the tracks straight up. If you’re a person who is already struggling with the AirPods Max being loud enough, this is something to bear in mind because the music will seem quieter.

I’ve not personally had an issue with the AirPods Max’s volume, but it is a comment I see frequently in forums and on Reddit. People say that they crank the APM all the way up and wish it could go higher.

Does the music sound better with Atmos on? I’d say in short, it depends, and I don’t mean that as a cop out.

In the same way that it makes a big difference how well an album is mixed and mastered in the studio when you actually listen to it, the care the audio technicians placed into mixing a track for Atmos is hit or miss.

When it’s done well, instruments do seem to have a bit more room to breathe in a presentation-sense. Vocals seem a bit more distinct, and picking up little details in the music is easier. On those tracks, you really do feel like Atmos is adding something meaningful to the experience.

However, on other tracks it seems like audio techs might have just been using some fast presets to mix batches of content without thoroughly testing it. I say that because the more poorly mixed Atmos tracks on Apple Music can sound lifeless, and the instruments lose their sense of impact.

What also happens on some tracks is that the spatial audio bits are overdone, and instruments can sound distant

Chris Welch of The Verge had some similar observations about how Dolby Atmos tracks can be inconsistent, and the poorly done tracks really show.

He nailed it in particular when he noted that when a few poorly done Atmos tracks play in a row, it can be distracting and pulls you out of whatever head space you were in with the music.

It’s hard to recommend that others use Dolby Atmos — not because it’s always bad, but because it’s kind of unpredictible. Sometimes you’ll be glad you have the setting on and it takes a good pair of headphones like the AirPods Max even further.

But the tracks where it doesn’t shine are numerous enough that you can get into a swing where it’s an audible upgrade to turn Atmos off and go back to listening to the regular version of the song.

Quick Aside: What Atmos Is Reportedly Doing To Your Audio

According to Apple, Atmos is essentially making 2 main changes to how a music track sounds:

Personally, I find using an EQ setting like Electronic a bit more reliable than Dolby Atmos for the reasons given above.

The AirPods Max have decent bass, especially the really low end, but I find they can lack warmth and punch on some songs and the Electronic EQ setting gives it some more oomph. The highs are a little more pronounced without being annoying.

When the overall volume is high the AirPods Max’s bass is great, but some EQ definitely helps when listening at medium volume.

The reason I use Electronic rather than R&B or Rock is that I find the deeper bass is emphasized better and you lose less in the mids.

For pretty much all songs, in my experience, that EQ setting is a good experience and I’m never tempted to turn the EQ off as the result of a bad listening experience.

As has been said many times, it is a shame that Apple doesn’t allow users to manually create their own EQ settings. When you have a pair of headphones as capable as the AirPods Max it seems a shame to be limited to presets that never quite seem to match what you’re looking to do.

Having said that, I personally find Electronic to be the closest to what I would’ve done.

Hope this discussion has been helpful for fellow Apple Music and AirPods Max enthusiasts.