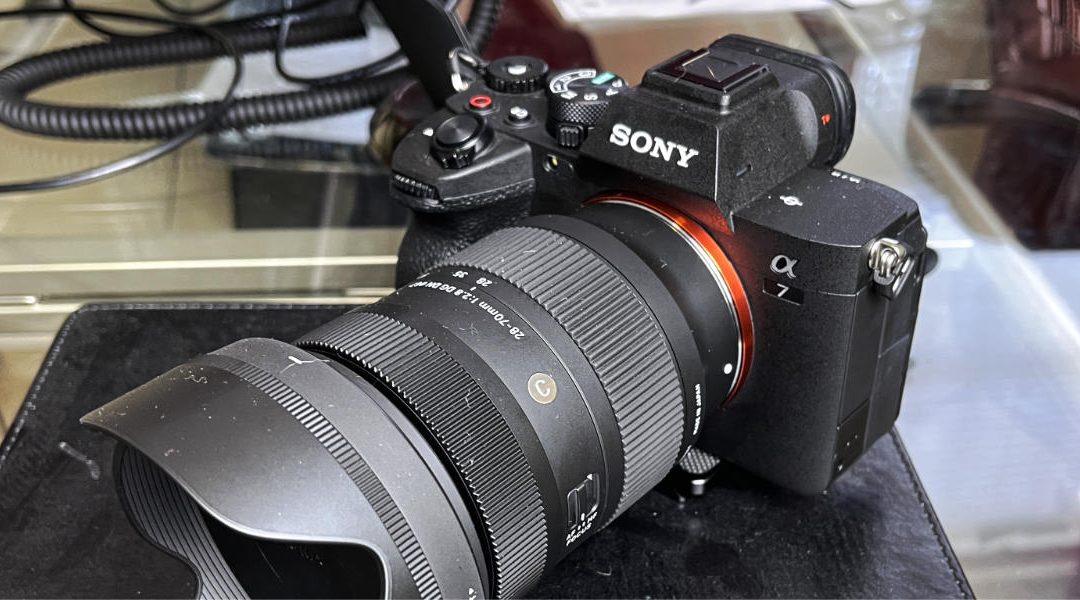 In roughly 3 years since the release of the A7III in 2018, Sony released its predecessor in December 2021. As one of the best selling mirrorless cameras out there, the A7III set new standards for what the “basic model” of a full frame camera could be.

Did Sony bring the magic again with the A7IV? What are the key differences between the two cameras?

In this post, we’ll examine the changes so you can best determine which of the two makes the most sense for you. And if you already own the A7III, to see whether the upgrade is worth it.

Disclosure: As an Amazon Associate I earn from qualifying purchases made through links on this site — at no extra cost to you.

Differences In The Sensor And Megapixels

When looking at specs, this is probably the most obvious change. The shift from 24 MP to 33 MP is debatable as for how meaningful it is.

Sure, it’s an increase in potential resolution and the ability to accurately print slightly larger photos. But a 24 MP photo still looks good as a 16×20 print, so unless you’re going for large poster size this may or may not be a draw for you.

Personally, I find the step above the 30 megapixel mark alluring, and really a nice sweet spot. For those who need the 50-60 MP ranges of the A7R IV, I respect that. But for everyone else, those megapixel ranges mean huge files that needlessly cost storage space.

I think 33 MP is a sweet spot because it’s enough for large size prints and some degree of cropping when needed, but the file sizes even in raw are manageable.

In my experience, raw files from the A7IV are roughly 37MB each.

Perhaps less immediately obvious on a spec sheet, Sony has employed a much beefier processor in the A7IV. Coming from the BIONZ X processor of the A7III, the new model features the BIONZ XR that Sony says is 8x faster.

This means improvements to continuous autofocus as well as high-speed continuous shooting. Subject tracking is more accurate as well.

Because of the increased processing power, the A7IV also has the option to save images in a lossless raw format as well as the standard raw. And if you occasionally have shot JPEGs rather than raw, you’ll be interested to know the A7IV can shoot 10-bit HEIC files as an alternative to raw rather than 8-bit JPEGs like the A7III.

That’s an interesting option, there, because it combines the fast accessibility of JPEG shooting with some of the enhanced dynamic range of raw. Support for HEIC files is pretty solid as well, being viewable without special software on both Mac and Windows, as well as most smartphones.

The A7IV also gets the new goodies in Sony’s AF arsenal, such as bird and animal eye autofocus and real-time tracking.

The IV can also autofocus one stop further, down to -4EV, in low light scenarios than the III.

Both versions of the camera have these modes, which provides some adaptability for better zoom reach on any lens at the cost of megapixels.

However, this is potentially an area where the extra megapixels of the A7IV will be more notable. Using APS-C mode on the A7III means images cropped to 10 MP, whereas you have meaningfully larger 14 MP images with the A7IV.

This is not a mode I use often, so apart from highlighting the info above there’s not a lot I can say about it. For me, if I need to zoom, I use a longer lens to preserve those megapixels.

Having IBIS is not new for Sony full frame cameras. There is a slight improvement here in the A7IV, though, from 5 stops of stabilization to 5.5 stops.

IBIS is a wonderful feature to have in a camera, both because of the shutter speed benefits and because it means not having to have heavier and more expensive lenses equipped with optical stabilization. You can use both forms of stabilization together, but you don’t need to.

The A7IV now features active stabilization for video as well. The tradeoff is a 1.1x crop in the footage for an even steadier presentation. If you shoot a lot of video without a gimbal, this aspect of the IBIS improvement may be more exciting to you than for stills.

Shutter Close When Camera Is Off

This was a feature I really enjoyed about my Canon EOS R. You can enable an option that causes the shutter to close when the camera is turned off, which protects the sensor from dust.

This is especially helpful if you’ll be switching lenses outdoors to keep stray dust in the wind from ending up in the sensor as quickly.

Some tech reviewers advise against using this feature, though. The arguments against are basically these:

This is another one where depending on your shooting style it may or may not be exciting.

The A7III maxed out at 166 extra fine JPEGs in a burst, which is admittedly already pretty ample. And it could shoot roughly 58 raw files in a row.

The A7IV has a much larger buffer, allowing for 1000 JPEGs or raws in a row.

Unless you’re an action/sports photographer, though, these kinds of burst capabilities are likely far beyond what you need. They look great on paper, but the thought of manually peeping that many versions of almost the same image is a little maddening if it’s not absolutely necessary.

While the A7 series cameras have always had impressive video capabilities, the A7IV offers 10-bit 4:2:2 capability, and can go all the way up to 4k 30fps without a crop like some cameras have.

Sony has also removed the 30 minute video recording limit common to many cameras, so you can continuously record until your memory card is full.

Both cameras shoot oversampled at 6k, meaning 4k footage is nice and sharp.

This is an interesting one.

If you’ve ever used a lens with a lot of focus breathing — that is, where there’s an apparent zoom as objects go in and out of focus — you may have found it fairly distracting for video shooting.

Sony has attempted to solve this electronically with breathing compensation. It applies a mild crop to the picture, but can apply lens profile compensation in real time to remove the breathing affect.

Note that this only works with select Sony lenses. That means not all Sony lenses are compatible, and no third party lenses currently support this.

There are numerous changes between the two cameras, despite some reviewers initially saying it wasn’t much of an improvement.

For those who already have an A7III, I leave it to you to determine from this info whether the upgrade is worthwhile or not.

But for those looking to get into the Sony Alpha system, or upgrade to full frame from APS-C, this is a lot of camera for the money.